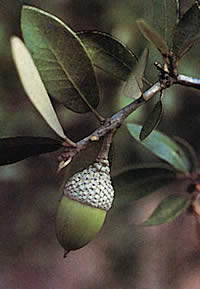 This New Moon is carrying a real mix of energies. There's a lot of highly focused, concentrated creativity flowing at the moment, thanks to the strong and disciplined aspect between Sun/Moon in Taurus and Saturn in Leo.
And Venus, ruling planet of Taurus, is coming to the end of a journey through Pisces, but not before making an intense connection with Pluto in Sagittarius over the next few days.

Taurus, as a fixed sign, is all about focusing energy. A good friend told me recently that focus is about making a continual choice to follow the same direction, and as Taurus follows what it values, with Venus in Pisces the value lies in the imagination.
Venus has been happily navigating the boundless astral seas of the imagination for a few weeks now. The indefinable, indefinite, fuzzy edged reality offers limitless possibilities, which means fertile ground for new ideas. It's this along with the creative authority of Saturn in Leo, and the Phoenix-rising energy of Pluto that makes for such a magical mix of energy, because the earthbound Taurus New Moon can anchor and ground dreams and schemes that might otherwise have vanished under the harsh glare of critical conscious thought.

Venus sparkled and shimmered through Pisces like sunlight through water. It's been all rainbows and dancing glittering waves, but with a link-up to Pluto in Sagittarius the undercurrent runs deep, and the pot of gold lies buried way beyond the horizon.
It's important to keep things in perspective with this kind of aspect, but also remember that there's plenty of room for some big ideas. Yes it's molehills and mountains, but it's also acorns and oak trees.

Any full moon is about a culmination of energy, but April's full moon in Libra is particularly strong in this energy, as the current pattern of planets repeat and reinforce the message in so many ways.

Firstly, the sun is nearing the end of its time in Aries, and it's the conclusion of a series of eclipses between the Aries/Libra polarity. This means the moon's nodes are also ending their stay in this area of the zodiac too; the end of a cycle that began late 2004.

Ruler of Aries, the mighty and motivated Mars is completing its journey through Gemini, wrapping things up with an opposition to Pluto, a planet that makes a point of being at the no return spot.
And at 90 degree angle to this opposition is communication and mind planet Mercury, also near the end of its stay in Pisces, but also significantly, at the conclusion of its retrograde phase which began late February/early March. It's taken this long for Mercury to step fully out of the shadow phase and return to the retro starting degree.

So the message of this moon speaks strongly of a culmination in events, and according to my internet search, a culmination can be:
- a final climatic stage
- the decisive moment in a novel or play
- a concluding action

Moon in Libra is focused on fairness and justice, and is hungry for equality and balance in relationship, while a full moon brings about fulfilment and fruition. This means events can also bring about a result related to your Libra story that you’ve been waiting for, for a long time.
All kinds of plans, hopes and dreams can manifest and thrive in this kind of atmosphere. So have you been careful what you wished for?

astrology aries libra moon
Posted by Barbara Palliser at 12:20 am No comments: 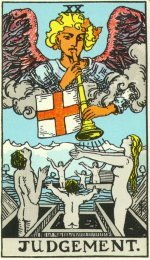 It's been building all week - Mars in Gemini opposing the newly retrograde Pluto in Sagittarius, while Saturn stations after a long retrograde phase.
What good could possibly come from the god of war at odds with the god of the underworld, as we move from the Aries new moon eclipse to next Thursday's Libra full moon eclipse?

Well, the image on the Judgement tarot card says it all about the current pattern in the skies. Naturally linked to Pluto, this card is about beginnings from endings; what you thought was laid to rest is brought to life again, and situations that seemed to be at a dead-end have new life breathed into them.

It's about rebirth, and rebirth only ever happens as a result of becoming aware of that irresistible, deep down sizzling zest for life, love and the universe that we all have surging through the heart of our most dearly held desires.
It's a card that challenges us to wake up and choose LIFE, and it takes the power of Pluto and the will of Mars to make such magic happen. It's here and it's now.

Posted by Barbara Palliser at 8:48 pm No comments: