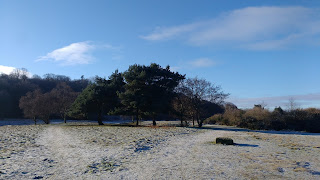 Happy New Year! After some frustrating computer problems I can at last post the first horoscopes of 2018 :) January is a month where emotions run deep, and transformation and change feels inevitable. It's a powerful start to the year...


Aries
21st March – 20th April
The supermoon on 2nd lights up your home and family chart. It’s about balancing comfort zones with long-term ambition. Your ruler, mighty Mars, meets expansive Jupiter around 9th, for a mega-powerful time of healing, renewal, opportunity, and inspired action. Planets are also gathering strength in your career, status and reputation chart, which means you are too, especially 6th, 9th, 13th, and new moon time on 17th, which is all about new steps to success. After 20th the focus shifts to friends, groups, gatherings and teamwork, and the full moon eclipse on 30th is about the emotional bonds you make. It’s also a blue moon, so events might feel rare or unusual at that time.


Taurus
21st April – 21st May
The supermoon on 2nd is all about communication, information, new beliefs and perspectives. Planets are gathering in your travel and education chart, which means new vistas and visas for mind, body and soul are underway, and the new moon on 17th is very much about the first steps of a new journey. A spectacular meeting involving Mars and Jupiter, is active much of the month (most intense around 8th or 9th), in your relationship chart, which indicates very powerful partnership experiences, whether romance, business, or friendship. Then a full eclipse on the 30th, which is also a blue moon, indicates home and family matters have your full attention.


Gemini
22nd May – 21st June
It’s a powerful beginning to 2018. A supermoon on the 2nd spotlights income and resources, and sets the tone for the whole month and beyond. Also, planets are gathering in your chart of transformation, regeneration and renewal, and it’s all about building trust by not needing to control the uncontrollable. This is easier than you think, especially around 7th, as daily schedules, occupation, health and fitness all fill you with faith and renewed sense of purpose (with memories of early December somehow too). New moon on 17th is about new commitment and structure for deepest relationships, then from 20th it’s all about travel, education, and new perspectives. Then a full moon eclipse on 30th means events are having long-term impact now.


Cancer
22nd June – 22nd July
Lots of lunar activity means it’s a big month for you. A Supermoon in your sign (2nd) kicks off the new year with inspiration, information, and imagination. It’s all in preparation for an intensely transformative and creative period, especially up to midmonth. A new moon of new beginnings takes place in your relationship chart on 17th, which means new or renewed partnerships, and contracts and agreements are under construction all month, especially around 6th, 8th, 14th, 17th, and 24th. Then there’s an eclipse on 30th, in your chart of income and resources. It’s also a blue moon, and yes, that means rare or unusual happenings are afoot.


Leo
23rd July – 23rd August
A cosy comfort zone full moon on the 2nd is about a little quiet retreat and reflection, in readiness for the full steam ahead vibes that are building from early January. Home and family matters become busy, intense, and involve long-term plans and expansion. It’s a great month to be working from home or working on your home, and the new moon on 17th suggests new commitments and responsibility for daily life and occupation; and for health and wellbeing too (new year resolutions are easy to maintain this month). After 20th the focus is very much on partnership and agreements and the relationship full moon eclipse on 30th means what matters now matters in future too.

Virgo
24th August – 22nd September
It’s one of the most creative and constructive months of 2018 for you, symbolised by the supermoon on the 2nd which matches your mood to get working on some long-term plans you’ve been pondering for a while. Around the 7th and up to midmonth there might be memories of events early December, along with some intensely productive communication and dialogue. New moon on 17th is about new responsibilities, and maybe more pressure too, but this is something you’re taking in your stride right now. After 20th you’re focusing on streamlining your day, and a powerful, spiritual full moon eclipse on 30th is about acting on the logic of your heart as well as your head.


Libra
23rd September – 23rd October
January is a strong start to 2018. The Supermoon on 2nd is about getting more emotionally involved with long-term plans and ambition, and home and family matters are constructive and productive, leading to the new moon of new beginnings on 17th. Up to midmonth there’s a powerful meeting of Jupiter and Mars in your income and resources chart, which indicates lots of activity and expansion in that area, and this links to home and family life somehow too (echoes of events early December might also be relevant). From 20th you’re focused on creativity, fun and entertainment, and the full moon eclipse on 30th is about turning points in friendships.


Scorpio
24th October – 22nd November
2018 starts powerfully, with a supermoon on 2nd, and Jupiter and Mars meeting in your sign all second week (strongest around 8th). Jupiter indicates opportunity and self-confidence while Mars is about action and movement. Together they suggest you can achieve a huge amount in a short time. Communication, information, learning, local area, and transport are all in focus and productive and constructive, with events revolving around responsibility, authority, limits and boundaries. Sibling relationships remain significant too, and new moon on 17th is about new paths of stability and structure. From 20th home and family life is busy again, and the bluemoon eclipse (30th) is about recognition and the spotlight, now and in coming months.


Sagittarius
23rd November – 21st December
Your ruling planet Jupiter meets mighty planet Mars (strongest around 8th, but lasts up to midmonth). It’s a formidable union indicating deep and meaningful experiences of faith, belief, and opportunity. It’s a heady combination to feel blessed, inspired and invincible, especially when focused towards income and resources in practical ways. And you do have a practical head on your shoulders for most of January, enjoying new responsibility, hard work and productivity Mars moves into your sign from 26th, which means you’re active and energetic, then a full moon eclipse on 30th in your travel and education chart suggests you’re hungry to broaden horizons in coming months.


Capricorn
22nd December – 19th January
It’s your time of year, Capricorn, and there’s plenty of planetary activity supporting your plans and ambitions. The supermoon on 2nd is about important communication in relationships, contracts and agreements. Then up to midmonth it’s an intensely busy, and transforming time, especially relating to friends, groups, and gatherings. The new moon in your sign on the 17th is about a new commitment to a new you. Then the sun spotlights your finance and resources chart from 20th, and unusually there’s a full moon eclipse on 30th, which is also a blue moon. It activates themes around transformation, deep healing, trust and intimacy, which impacts situations for weeks or months to come.


Aquarius
20th January – 18th February
The supermoon on 2nd is about feeling like you’re moving forward again. You’re focused on the nitty gritty of getting new plans and structures up and running, especially regarding career aims, but it’s also long-term plans in general. This is strongest around 8th, but is active for much of the month. Spirituality and the discipline and practice of a path like meditation or yoga is also a theme for January, and new moon on 17th is a good time for a new beginning. Sun is in your sign from 20th, and there’s a relationship eclipse on 30th which sets a theme or tone for coming months. It’s a blue moon, so maybe it’s about rare or unusual happenings.


Pisces
19th February – 20th March
2018 starts with a supermoon on 2nd. It’s a moon with a message to enjoy yourself and find the most creative and entertaining ways to get the year started. Friendship and fun go together for January, along with support, given and received. Links to groups and teamwork are well-starred too, as it’s the shared purpose that gives a sense of stability and structure. Second week (especially 9th) is a powerful period of transformation and renewal, when your faith can be restored big time. New moon on 17th is about new starts for friends and groups, then momentum builds to a problem-solving full moon eclipse on 30th. Appreciation and gratitude work like magic at this time.

Posted by Barbara Palliser at 3:33 pm No comments: