... and it's powered by Pluto, standing right opposite in the zodiac, in the sign of Capricorn. I've been having super-charged Pluto transits lately, which always makes me go all quiet on this blog for some reason (Scorpio ruling 3rd house of communication perhaps?), and yet now look! - a Pluto powered new moon has brought me out of hiding! :)

Reason being I saw this luverly photo and quote, posted on a forum I visit (thanks Ocean!), and it just oozed what I feel about this new moon vibe. Whenever I am feeling frazzled and fragmented by life, I find that in a good contemplate over a picture of some fabulous symmetry in nature (especially circles), the image of natural wholeness soothes and heals my furrowed brow no matter how heavily it's been on overheat from hamster-wheeling through a problem; and there is something somehow so solution-orientated and nourishing for the soul about this pic and quote that feeds the intense need for completion and fulfilment being activated by this extra-emotionally driven Cancer Moon. So here's self respect in a new light, under the dark moon phase: 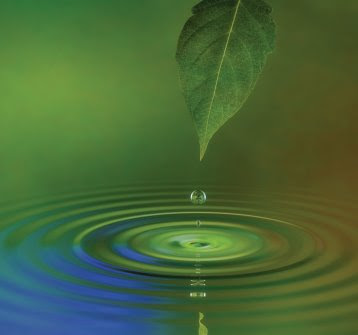 "You would all be all right with who you are if you had been making your decisions based upon how they feel to you all along. But it is because you have been trying to evaluate yourself through the eyes of others...You are so hard on yourselves when you are someplace different than where you want to be. And that is what this message is all about. You must soothe yourself into emotional comfort before your desires can become manifest. You cannot hold yourself in disrespect of self and get what you want."

Aries
21st March – 20th April
This month your ruler mars, planet of desire in action, moves into the angle of your chart connected to finance, property and worth. Alongside Mars is Venus, planet of worth and values. These two energies work perfectly together, especially at this angle; so whatever happens this month honour your inner Mars and Venus by valuing your desires, especially around the 22nd during a powerful summer solstice inspired new moon (new emotional phase). There’s a feeling of security born from it all that makes it easier to deal with transformation planet Pluto’s overpowering urge to shed skins during this time.

Taurus
21st April – 21st May
If there was ever a time that love is in the air it’s this month. Your ruler Venus is side by side desire planet Mars all month, in your sign, and making a fabulous alignment with commitment planet Saturn, around the time of the new moon (new emotional phase) on the 22nd. This new moon is all about endings as much as it is beginnings though, so a letting go, or releasing process is also going on in some aspect of your life, with a view to making space and time for future transformation.

Gemini
22nd May – 21st June
You had a big change of perspective last month, and now it’s time to live this change through events this month; especially through the tension-building full moon around the 7th, across the relationship axis of your chart, amplifying issues of permission versus denial in situations. Though you’re the only one that can deny yourself anything, it often seems like others are responsible; it’s the mirror thing you see: they reflect your belief ‘it’s not possible’. But with a recent change in perspective, your beliefs aren’t so clear cut anymore, and therein lies your freedom to find the yes in what you want.


Cancer
22nd June – 22nd July
There’s a powerful new moon (new emotional phase) in your sign on the 22nd. It’s powerful because it’s summer solstice time (seasonal shift of energy), and because planet Pluto figures highly. Pluto is about situations that force the issue of trust versus control. Do you let go of control of circumstances, trusting that the bigger picture has your interests at heart? Or clutch tightly at a situation to make it happen your way, from the fear it couldn’t possibly otherwise? First one takes faith initially but is longterm stressbuster. Second one? Not a pretty sight but we’ve all been there.


Leo
23rd July – 23rd August
There’s so much happening there’s not enough space to mention all here, but key points are: last month there was a turning point in long-term aims and ambitions, especially in the realm of career. As June gets underway the new perspective you gained back then starts to affect the way you deal with events now, and with Mars adding persistence to plans, and Venus sweetening relationships, this whole aspect of your life can take on new meaning now. Also, there’s a rare intensity to events around the 22nd, which can incubate change at deep levels over the weeks ahead. Trust it to allow it.

Virgo
24th August – 22nd September
There’s a pressure-filled start to the month because as ever with Virgo there’s a strong desire to sort things out perfectly, but the full moon on the 7th involves planet Saturn and its restrictive energy. The key with Saturn-fuelled events is to know that unwanted limitations are a mirror for where you need to give permission to yourself to experience what’s wanted; which it’s clear you manage by the 22nd, because there’s a fabulous line-up of Saturn/Mars/Venus around then that sets a tone for weeks to come because it’s new moon time (new emotional phase). Intense times, but productive.

Libra
23rd September – 23rd October
There’s a rare and important alignment between Venus and Mars all month, which are close together in the trust angle of your chart, and trust is what it’s all about at the moment. Love goddess Venus is your ruler, so when a meeting with desire planet Mars happens like this, it means romance rules with a passion. And at its height, around the 22nd, there’s a new moon that activates a new phase in key areas of your life. Home versus career; public life and private life; it’s all linked in a powerful way now thanks to transformation planet Pluto’s urge for renewal and regeneration.

Scorpio
24th October – 22nd November
As June begins, your co-ruler mars and love/money planet Venus join forces in the relationship angle of your chart. It makes for an unparalleled time for partnership and contracts, especially around the 22nd when the season-shifting Summer Solstice and new moon aligns with your other ruling planet, Pluto. New moons indicate new phases, and Pluto is the planet that on a good day lets go and trusts the universe to work things out unsupervised, while on a bad day exerts a vice-like grip on proceedings through narrowed and suspicious eyes. You just have to decide it’s going to be a good day, that’s all.


Sagittarius
23rd November – 21st December
Sagittarius is known for the ability to find the positive in circumstances, so if things get bumpy during first week of June thanks to a full moon (emotional amplifier) in your sign, with a theme of limited or restricted circumstances, you could try ‘this too shall pass’ as your power perspective, because in this case it really is true. There’s a lot to be positive about according to the skies, even when your ruler Jupiter turns retrograde (appears to move backwards) midmonth. It’s more about a turning point than a reverse course, so don’t fear a turning of the tide.


Capricorn
22nd December – 20th January
Second half of June looks so interesting for Capricorn. Not to say first half isn’t, as there’s a fabulous alignment of Mars and Venus all month, but it really gets intense at new moon time, around the 22nd. Mars (acting on desire) meets Venus (valuing relationships) in the matters of the heart angle of your chart, so it’s all very cosy and romantic, but it’s also about creativity and alignment with any of your heart’s desires. This new moon vibe is potentially challenging, with Pluto (fear of unknown) strong in the story; but the scales are always poised to tip to positive.


Aquarius
21st January – 18th February
The Jupiter/Neptune partnership (= expansion/non-physical) that has been going in your sign for some weeks now, symbolises a particular energy running through events, and reflects your attitude right now. It’s all a kind of spiritual journey at the moment; all about your awareness of what lies within and beyond the physical world. There’s a turning point coming in this midmonth, though it’s not the end of the story; far from it, as Neptune touches everything with an eternal, boundless feeling. And on top of that, new moon time from around the 22nd speaks of rebirth and renewal; deeply, intensely and emotionally so.


Pisces
19th February – 20th March
Both your ruling planets, Jupiter and Neptune are sitting close together all month. This symbolises a union within yourself that’s going on at the moment; an understanding, or a meeting of not quite opposites but of different intentions or desires that are working together right now. Jupiter turns retrograde (appears to move backwards) midmonth, and this always symbolises a change in perspective or viewpoint unfolding on all this. Also, communication is so well-starred during June; especially after midmonth, especially around 22nd. And that’s even with the radically intense energy around the new moon at that time.