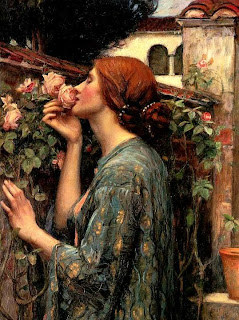 The new moon solar eclipse in Taurus that is happening during the early hours of May 10th (UK time) is a solid sign of moving in the right direction toward more stability and security in matters that matter most to you.

If you’ve had your head and heart in gear at all over the past weeks during pondering and decision-making time, a way forward will have been slowly getting your attention, a path emerging that stands you toward a specific direction, and this eclipse is the marker point if you like, of realising that this path has worth and value precisely because YOU want to follow it.

Money, possessions, ‘things’, ‘stuff’, are all associated with Taurus as being an earth sign Taurus just loves loves loves the physical/material world and all it has to offer. Ruler planet Venus is the original lover and the original material girl, and so another Taurus understanding is how there’s no shame in that (without love added it turns into messy materialism mind you). So it’s likely that finances, possessions/property/purchases, business and income, etc, are all under the solar eclipse spotlight right now, with a view to more stability and security in future.

But also this solar eclipse is about what supports and sustains us in any way that feels valuable to us. Not what others say is valuable, but to us personally. Whatever it is of the physical world that resonates harmonises, and feeds our soul is very subjective, personal and authentic. And that matters, and so it matters that we own our interest and appreciate the life out of it. Or the life in it?
Posted by Barbara Palliser at 9:45 am No comments:

There’s plenty that says security and stability this month but there’s some niggles around communication. The solar eclipse on the 10th symbolises important events linking to finance and resources; what happens around that time will set a tone for the coming months, so take note of what’s unfolding as you might notice an emerging theme. Second half of May is the focus on information and messages. It’s hard not to jump to negative conclusions from the 17th as the emotional climate is (temporarily) intense, so wait for a sense of cool clarity to descend. It will.


Taurus
21st April – 21st May
Planets are gathering in your sign for the first half of the month, including a fabulous solar eclipse on the 10th, which means it’s all about you. Confidence levels can increase, along with your focus on your priorities. You might be giving yourself a makeover too; a new appearance in some way. Basically, the best this month has to offer comes when you deliberately acknowledge the stability and security you have achieved so far. Then there’s a more money focused lunar eclipse around the 25th, with a message not to make big decisions unless you’re crystal clear on the consequences.


Gemini
22nd May – 21st June
Up to solar eclipse time on the 10th you might be pondering thoughts of what brings you a real sense stability and security, and it’s these ideas that get the ball rolling on future plans. Planets continue to gather in your sign during May, which suggests your mood is extrovert, motivated, and rather flirty. The lunar eclipse on the 25th is all about relationships for you; certain planet patterns symbolise important challenges and change, so the message is to stay focused and don’t float off into negative thinking about the future. Stay grounded and realistic instead. Which means stay positive.


Cancer
22nd June – 22nd July
Certain friendships and relationships might transform this month; either a parting of the ways or finding new levels of connection. Either way it’s different to before yet feels the right way forward. It’s because you’re focused on updating certain lifestyle choices to be more in line with who you are now, not who you were, and the solar eclipse on the 10th is all about what’s new and to come regarding all this, while the lunar eclipse on the 25th is about integrating how you see things now. Seek the positive perspective of it all and enjoy the solid ground it stands you on.
Leo
23rd July – 23rd August

Loads of planets are lining up in your house of ambition and reputation, so career focus, long term plans and/or your public profile is more important to you than usual this month. A solar eclipse on the 10th suggests a new spotlight is seeking you; possibly because you are ready for it, and because when the student is ready, the teacher appears. From around the 10th involvement with friendships, groups and gatherings increases; it’s a busy time socially, lots of like minds and compatible conversation. But during the final week (especially 25th) it’s too easy to get the wrong end of the stick so second guess your own suspicions.


Virgo
24th August – 22nd September
Virgo likes practical viewpoints and down to earth philosophy. Not much time for the airy fairy stuff. No castles in the air or rainbows required, just grounded and/or earthy will do. So a solar eclipse on the 10th, symbolising new and interesting perspectives means a new sense of security and stability for you, born from how you now see things as a result of past experience. This comes in handy (practical, see) at lunar eclipse time on the 25th, when you require some firm foundations to stand your ground on when it comes to certain folk of an unpredictable or restless nature.


Libra
23rd September – 23rd October
The strong eclipse energy around the 10th suggests your attention is on the long-term stabilising of certain situations, particularly regarding joint finances or agreements, and it’s settling into a position and not budging that is attractive to you now.  From midmonth it’s hard to get clear about this and other things (so don’t force it for now), and a powerful planetary alignment around the 20th speaks of another step in the long-term emotional make over you’ve been experiencing for some time linking to home and family relationships, while emotional communication during the final week of May might bring a real sense of renewal and fresh start.

Scorpio
24th October – 22nd November
An important solar eclipse on the 10th suggests there are important agreements and contracts to focus on this month. Relationships and partnerships in general are at the forefront, but particularly in this context of reaching or signing new agreements. There’s also a very powerful planet combo that links to your communication and daily schedules somehow; maybe an unpredictable situation is stressing you, or you’re restless for more freedom in a certain way. Whatever it is, events from the 20th are about moving stuck or sticky energy in situations regarding this.

Sagittarius
23rd November – 21st December
There’s a contrast of energy this month; vibes up to the 10th are all about your persistence and staying power with the current form of your daily grind. It’s not about commitment to the process; it’s more about your stubborn refusal to accept less than a strong sense of stable right now. After the 10th there’s a more flexible, light and changeable you emerging, and matters of the heart seem to matter more than grounded practical concerns, but don’t be fooled by appearances, the lunar eclipse in your sign on the 25th suggests your ‘serious’ side benefits enormously from the support of your light-hearted perspective.


Capricorn
22nd December – 20th January
Well now, it’s not often that Capricorn commits creatively, wholeheartedly and unashamedly to fun and good times for no good reason and just for the sake of it, but here we have a month where this is an overriding theme. The eclipse on the 10th says this is your theme for some time to come too, and that you will be transformed in and by your playful process. Also, there’s another chapter in the personal make-over that was started last summer somehow too. It’s a kind of clearing the past to make room for the future, emotionally or physically; which is all good, yet intense at times, in the letting go.

Aquarius
21st January – 18th February
There’s a stability seeking solar eclipse on the 10th. Eclipses often symbolise events happening that are catalysts for change somehow; not necessarily big or dramatic events, just situations that seed future developments in a significant way. Home and family, ancestors, the past, comfort zones, and close emotional ties are spotlighted for this reason this month. There’s also another chapter in the story of your spiritual or vocational calling; think back to last summer and how certain communication transformed and renewed your sense of purpose. It’s happening again from the 20th, and particularly under the fun filled full moon eclipse on the 25th.


Pisces
19th February – 20th March
Friends may come, friends may go (especially under the transformative power of events during late May) but there’s plenty to rely on regarding communication this month. A stable and secure solar eclipse on the 10th suggests words are your rock and support; something of value that connects you to yourself and others in a way you can rely on. This serves you well under the more changeable energies in situations from midmonth, particularly around the 20th when money and friendship might clash, and around the 25th, when a lunar eclipse speaks of being pulled in different directions at once.