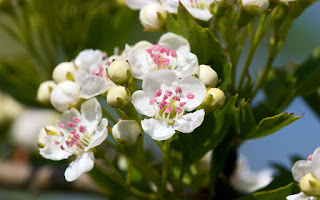 Here are my horoscopes for May, and it's a mega month for all, with planet Uranus changing signs from Aries (where it's been since 2011), to Taurus where it will stay for the next 8 years. Find out below what that means for all signs.

Aries
21st March – 20th April
Since 2011, freedom planet Uranus has been in your sign, indicating breakthroughs, break-ups and breakdowns that shook you from the past, and from habits and routines that weren’t serving you. It’s been a time when you’ve been restless enough to take more risks than usual and taken leaps of faith from the well-trodden path, into pastures new; sometimes suddenly or unexpectedly. You’ve also become a catalyst for others to do the same, and you’ve found kindred spirits on your wavelength. This month Uranus leaves your sign and begins a new journey, shaking up situations related to income, resources, property, self-worth and values; so expect change and revolution in those areas (until 2026!).

Taurus
21st April – 21st May
You are centre of all the astro action this month. The sun is recharging your sign until 21st, and your annual new moon on the 15th indicates seeds of new beginnings are being sown. On the same day planet Uranus moves into your sign, for the first time since 1934, to stay until 2026. Uranus is the planet that revolutionises and updates our lives, shaking us free of the past, or indeed anything that isn’t really ‘us’ at heart. When this planet is active it’s common to feel a sense of restlessness, and a desire to break free of current routines; not just for the sake of it but to find space and freedom to stay true to yourself.

Gemini
22nd May – 21st June
Since 2011 revolutionary planet Uranus has been changing and updating friendships, support network, and links with groups and gatherings (look back and see how things have changed for the better since then). It hasn’t always been easy, convenient, or comfortable, but has brought you closer to kindred spirits who understand the real ‘you’. From midmonth till 2026, Uranus is doing similar with your spiritual path, your dreams and insights, and the ways you relax and escape from life stress. Destiny and fate arrive in unconventional, sudden or unexpected ways; starting with the sun into your sign from 21st, followed by a relationship themed final week, including a fulfilling full moon on 29th.

Cancer
22nd June – 22nd July
Since 2011, planet Uranus in your career, ambition and status chart has indicated change, disruption, and unexpected twists and turns. It’s been a time when the unconventional or alternative routes paid off more than sticking with your normal path, and looking back from then to now, you’ll notice how you’re now living more authentically in that area of life. This month, on the new moon of new beginnings (15th), Uranus begins an 8 year journey to do the same in your friendship, hopes and dreams chart. It means friends, groups and gatherings will be about kindred spirits that anchor you more deeply in your truest self and awaken exciting new dreams for the future.

Leo
23rd July – 23rd August
Since 2011, planet Uranus has been in your chart of travel, education, and broadening horizons. Which means you’ve been on quite a journey since then; either literally or as a learning curve, with experiences that led to big changes in how you see things. These changes are a foundation for what happens next, as Uranus moves to your chart of long-term aims and ambition (especially in career and love) this month, to update and change things until 2026. It’s all designed to anchor you on your true path, so while change can be unexpected or unsettling at times, there’s more security and comfort in living true to yourself.

Virgo
24th August – 22nd September
There’s big change on the horizon this month as planet Uranus ends its stay in your trust and transformation chart, where it’s been since 2011. The past 8 years has changed you in many ways, and circumstances have been an eye-opener and awakener in the realm of shared resources and finances, trust and intimacy. But you’re more authentic and true to yourself as a result, and ready for Uranus to work its magic in the realm of travel and education. From 15th (new moon), new and exciting experiences are in store related to how you think about and see the world, with leaps of faith and unexpected twists and turns to unsettle, surprise and delight you.

Libra
23rd September – 23rd October
Since 2011 planet Uranus has been in your relationship chart, which meant all relationships have been going through big changes, breakthroughs and/or break-ups. Uranus is the planet of bright ideas and new exciting updates, so life has been seldom boring in the partnership department, and if it was, you weren’t afraid to shake things up a bit. So thinking back to 2011 notice how much more true to yourself you are as a partner today, and how much more authentic all your relationships are. This is the kind of revolution that Uranus brings, and from 15th it’s moving on to do the same in the realm of your shared resources and finances, trust issues, transformations and make-overs.

Scorpio
24th October – 22nd November
A very interesting month ahead. Since 2011 planet Uranus has been in your health and healing chart, indicating disruption, change, and breakthrough. Uranus is about where we update our thinking and attitude; and shake off old habits and routines to start living in the future we desire. Looking back over the past 8 years you might see the difference in you from then to now. This month (15th) Uranus moves to begin the same process in your relationship chart (until 2026!), and it’s all designed to help you be true to yourself within all your relationships. Final week of May is full of romance, insight and intuition, to get things underway.

Sagittarius
23rd November – 21st December
Jupiter meeting Neptune (strongest final week) means luck is on your side and possibilities are endless, and full moon in your sign on 29th is about where you want to take certain situations from here. Since 2011 planet Uranus has been in the most creative zone of your chart; bringing sudden or unexpected developments and updates. Uranus is about being true to yourself and your unique nature, and it tends to shake situations out of stagnancy or rut, in order for you to be more ‘you’ (compare from 2011 to now to understand more), and big news is that from midmonth, Uranus moves to revolutionise your chart of day to day occupation and work, including health and fitness, until 2026.

Capricorn
22nd December – 20th January
For the past 8 years planet Uranus has been in your home and family chart. It’s the planet of revolution and independence, and brings change and breaks with the past, as well as new, unconventional, or alternative approaches and solutions that serve you well. Looking back since 2011 might reveal how events worked out to bring you more freedom and a sense of liberation related to home and family. This month Uranus starts a new 8 year cycle, this time through the most creative zone of your chart, so expect the unexpected as it gets to work slowly updating your creative process and projects the same way. Romance and matters of the heart are included too.

Aquarius
21st January – 18th February
Your ruling planet, the revolutionary Uranus, has been rocking the boat in your communication chart for the past 8 years. In that time you’ve found the freedom of your speech more than ever, and got much more comfortable with your unique style and approach to communication. Uranus moves to your home and family chart during May, which means freedom, independence and an uncompromising approach will become increasingly important in that area of your life too. The shift happens officially on 15th, during the new moon in your home and family chart, so events at that time might be of interest, or bring a taste of what’s to come.

Pisces
19th February – 20th March
Planet Uranus is finishing an 8 year stay in your income and resources chart this month. It’s the planet of freedom, independence, and revolution, so look back from 2011 to see how what you have, what you want to have, and what you value has gone through some radical changes and shifts, for the better. From 15th, Uranus now moves to the communication zone of your chart, which the day of the new moon of new beginnings. It’s now all about authentic expression, free speech, and your true voice, and there are events in store designed to bring all that out; beginning perhaps during final week, when unfinished business resurfaces and luck is on your side.

Posted by Barbara Palliser at 8:58 pm No comments: